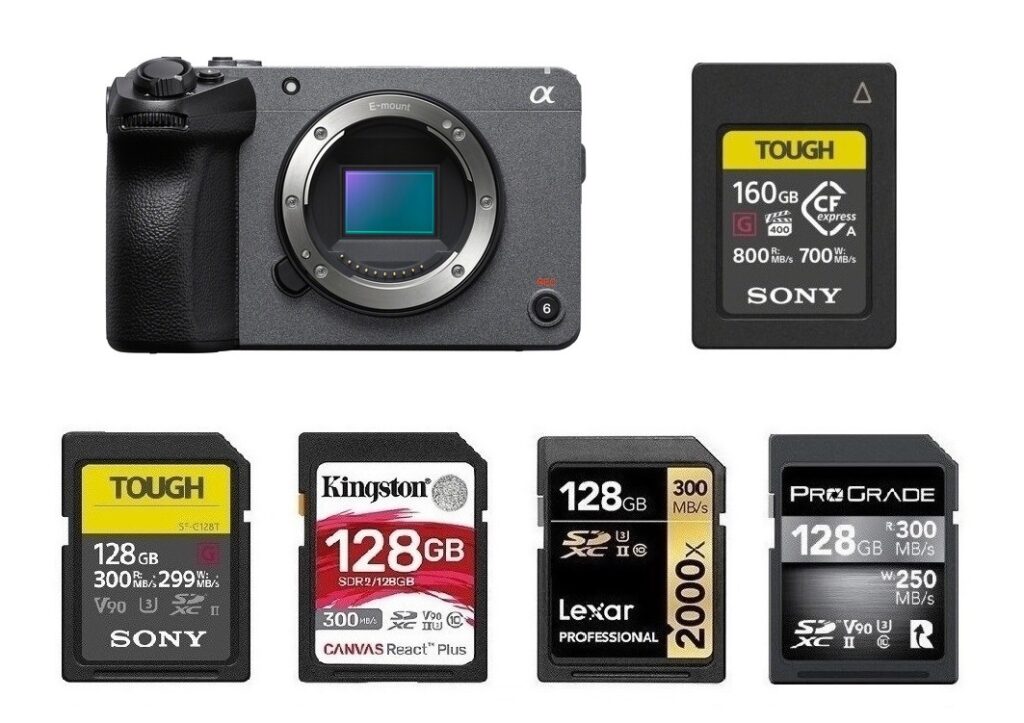 The Sony FX30 cinema camera has dual memory card slots that both accept either CFexpress cards (Type A) or UHS-II SD cards. Aimed at small-scale video and social media production, the Sony FX30 is essentially a 26MP APS-C version of the FX3, and it claims to deliver high-end production qualities at a more attainable price. The newly-developed 26MP APS-C Exmor R CMOS sensor and BIONZ XR processor are capable of producing high-quality 4K images with the Super 35mm (16:9) area, and it is capable of capturing 14+ stops of dynamic range and benefits from Dual Base ISO architecture to improve low-light performance. Its compact size allows it to be taken anywhere, and its sophisticated AF and stabilization features allow you to focus on composition rather than crews and rigging.

Below are the top recommended memory cards for Sony FX30, including CFexpress cards (Type A) and UHS-II SD cards. Hope it can help you get the best out of your Sony FX30 cinema camera.

Currently, there are only 5 CFexpress Type A cards on the market:

Below are the top 6 best UHS-II SD cards for Sony FX30 users:

If you don’t wish to use USB-C to copy files to your computer, then a card reader is necessary. Some of the options are listed below.

That’s all the recommendation list. Hope this buying guide can help you get the the best out of your Sony FX30 cinema camera.

The Sony FX30 captures beautiful cinematic imagery with 6K oversampling, high performance and highly efficient workflow. If you have’t had one? Just get it at Amazon, B&H, Adorama.