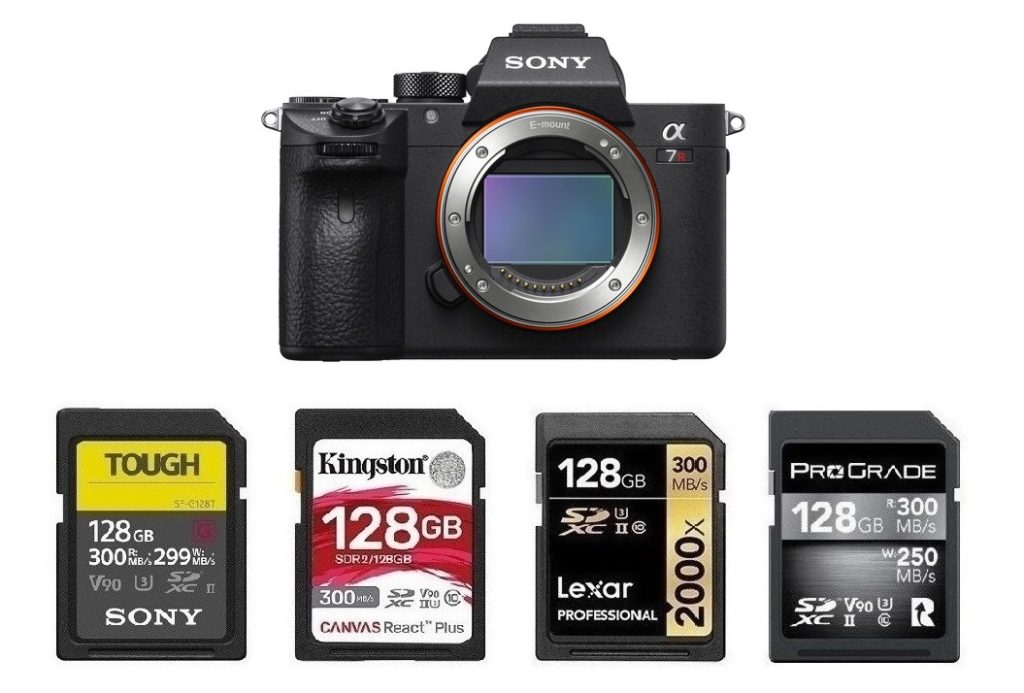 The Sony a7R IV has dual SD memory card slots that both support the ultra-fast UHS-II SD cards. Featuring a 61MP Full-Frame Exmor R BSI CMOS Sensor and enhanced BIONZ X image processor, the Sony a7R IV (Amazon, B&H, Adorama) is capable of up to 10 fps burst shooting as well as UHD 4K30p video recording, both with support for Real-time Eye AF and Tracking AF technologies. The revised sensor design uses a Fast Hybrid AF System, with 567 phase-detection autofocus points, for notably fast and accurate focusing performance. Despite being such a high-resolution sensor, it is also distinguished by its flexible native sensitivity range from ISO 100-32000 for working in a variety of lighting conditions. Additionally, benefitting both stills and video operation, the Sony a7R IV retains the 5-axis SteadyShot INSIDE sensor-shift image stabilization, which is effective to minimize the appearance of camera shake by up to 5.5 stops. What’s more, the Sony a7R IV gets 91% overall score and Gold Award from the experts at DPReview and it is an ideal camera for landscape photographers, wedding and event shooters, studio photographers that specialize in portraits and product photography, and anyone that wants to make really big prints.

Below is our full list of top recommended UHS-II SD cards for the Sony a7R IV mirrorless camera. We highly recommend picking up a couple of V90 UHS-II SD cards from the list below to get the best out of your camera.

Besides, Kingston Canvas React Plus UHS-II SD Card, ProGrade Digital UHS-II SDXC Card (V90), Delkin Devices Power/Black UHS-II SDXC Card (V90) and Lexar Professional 2000x UHS-II Card are another excellent four choices with a little cheaper price and these four cards offer almost the same speed. If you need some budget choice, you can also consider the Sony SF-M Tough UHS-II SD Card (V60) and the ProGrade Digital UHS-II SD Card (V60). Below are the top recommended UHS-II SD cards for Sony a7R IV mirrorless camera based on the speed and price, just get the one you like!

Don’t own the Sony a7R IV yet? Just get it at Amazon, B&H, Adorama.