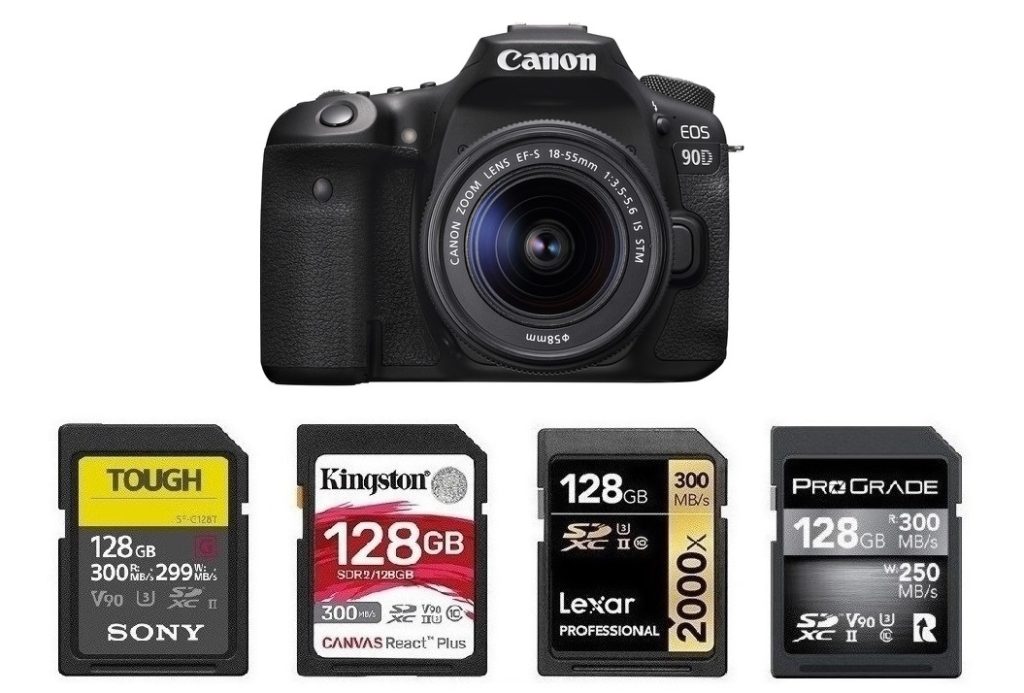 The Canon EOS 90D has a single SD memory card slot that supports the ultra-fast UHS-II SD cards. Situated as a versatile camera with capable photo and video traits, the Canon EOS 90D (Amazon, B&H, Adorama) is a sleek DSLR designed for the advanced-amateur photographer and enthusiast photographers. Featuring an enhanced 32.5MP APS-C CMOS sensor and powerful DIGIC 8 image processor, the Canon EOS 90D is capable of outputting UHD 4K30p and Full HD 120p video, as well as supporting continuous stills shooting rates up to 10 fps. When working with the optical viewfinder, an apt 45-point all cross-type AF system affords fast performance in a range of lighting conditions for tracking moving subjects and working in low light, while the 5481-point Dual Pixel CMOS AF system benefits live-view shooting and movie recording by providing a smooth, natural focusing quality akin to the way a camcorder acquires focus. What’s more, the Canon EOS 90D gets 85% overall score at DPReview and it is suggested for those looking to document friends and family, as well as anyone seeking an easy-to-use DSLR than can seamlessly handle stills and video capture.

Below is our full list of top recommended UHS-II SD cards for the Canon EOS 90D. Hope it can help you get the best out of your Canon EOS 90D DSLR camera.

Below are the top recommended UHS-II SD cards for Canon EOS 90D DSLR camera based on the speed and price, just get the one you like!