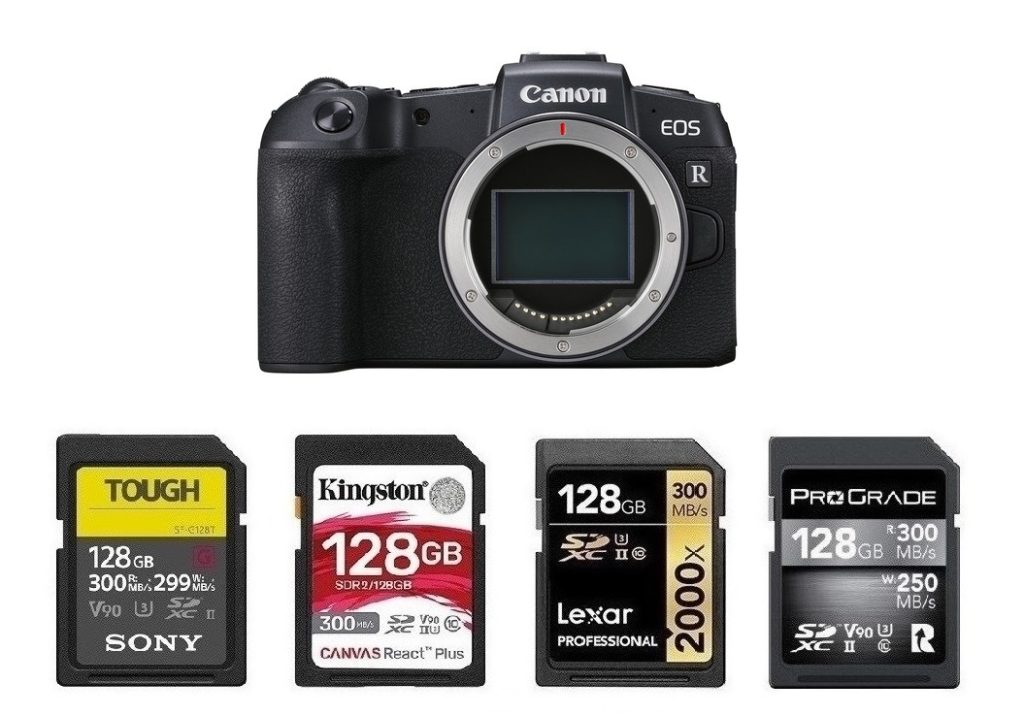 Just like the Canon EOS R, the Canon EOS RP has a single SD memory card slot that is compatible with the ultra-fast UHS-II SD cards. Weighing in at just 17.29 ounces, the Canon EOS RP is the lightest, smallest full-frame EOS camera to date. Featuring a high-resolution 26.2MP full-frame CMOS sensor along with a DIGIC 8 image processor, both stills and UHD 4K video can be recorded using a broad sensitivity range, from ISO 100-40000, to suit working in a variety of lighting conditions. The sensor also facilitates an advanced Dual Pixel CMOS AF system, with 4779 selectable on-sensor phase-detection points for quickly and accurately acquiring focus during stills and video operation. With its compact size, comfortable grip, vari-angle touchscreen LCD and electronic viewfinder, operation is familiar and easy. What’s more, the Canon EOS RP (Amazon, B&H, Adorama) gets 83% overall score and Silver Award from the experts at DPReview and it is an ideal camera for newer users getting into full-frame for the first time, and anyone looking for a travel-friendly full-frame camera for casual use.

Below is our full list of top recommended UHS-II SD cards for the Canon EOS RP. Hope it can help you get the best out of your Canon EOS RP mirrorless camera.

As we mentioned above, the Canon EOS RP has only one SD card slot that fully supports the ultra-fast UHS-II SD cards. That means it can take full advantage of the ultra high read speeds (transfer speed) and write speeds (fast buffer clearing time) of UHS-II cards to get the best performance out of your camera. So the best choice for you is to choose a super fast and reliable UHS-II SD card.

Below are the top recommended UHS-II SD cards for Canon EOS RP mirrorless camera based on the speed and price, just get the one you like!

Don’t own the Canon EOS RP yet? Just get it at Amazon, B&H, Adorama.