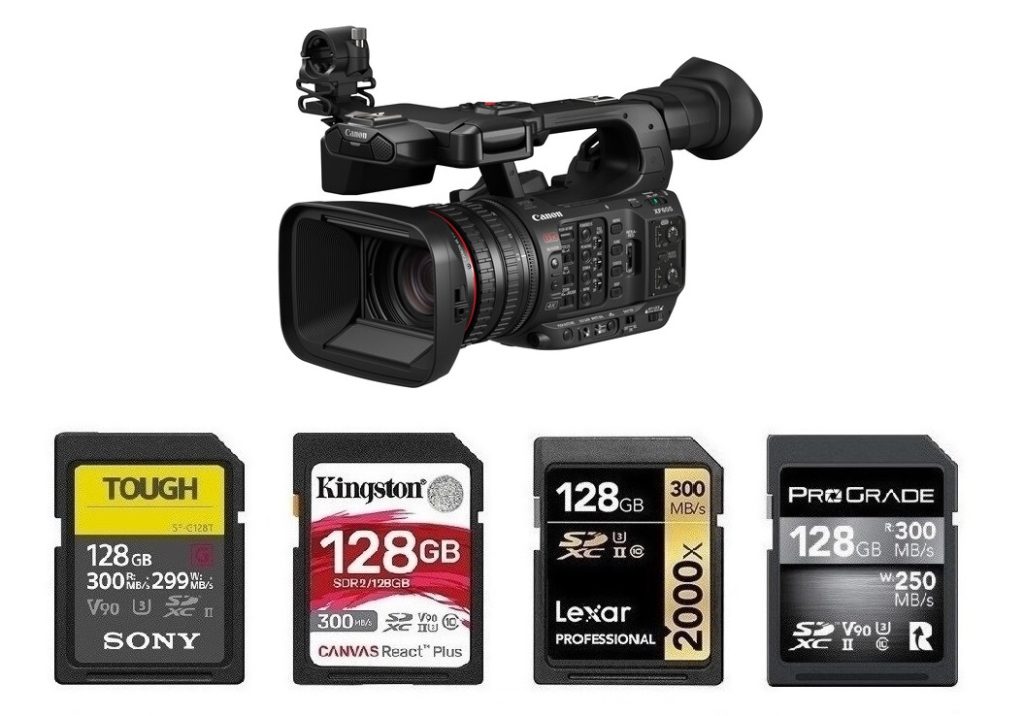 Below are the top recommended UHS-II SD cards for Canon XF605 camcorder based on the speed and price, just get the one you like!