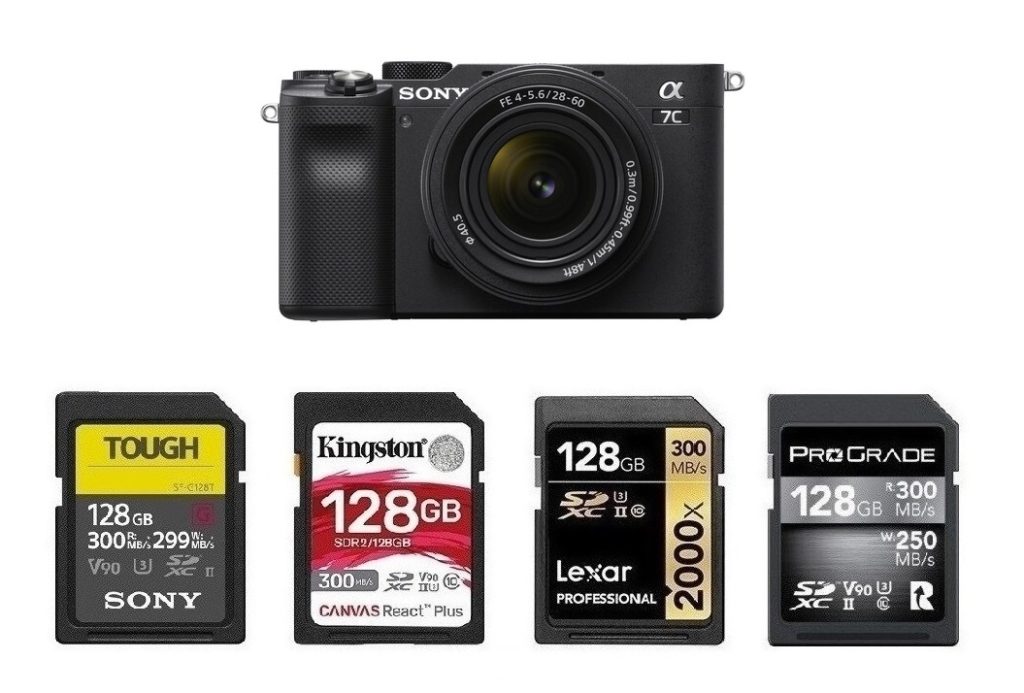 The Sony a7C has a single SD memory card slot that supports the ultra-fast UHS-II SD cards. The Sony a7C is for creators who demand full-frame quality and performance, but also want a compact lightweight camera they can take anywhere and use for all types of still and video creation. It is world’s smallest and lightest full-frame camera with all the power and performance of a full-frame in a design more akin to APS-C bodies. Featuring a 24.2MP Exmor R BSI CMOS sensor and BIONZ X image processing engine, the Sony a7C (Amazon, B&H, Adorama) is capable of fast continuous shooting at up to 10 fps at full resolution with full-time AF/AE when working with either a mechanical shutter or an electronic shutterm, UHD 4K video recording at up to 30 fps with HLG & S-Log3 Gammas as well as Full HD 1080p recording up to 120 fps. What’s more, the Sony a7C gets 86% overall score and Silver Award from the experts at DPReview and it is an ideal mirrorless camera for travel photography and everyday shooting such as nature, portraits, sports, street photography, as well as vlogging and video recording.

Below is our full list of top recommended UHS-II SD cards for the Sony a7C. Hope it can help you get the best out of your Sony a7C mirrorless camera.

Below are the top recommended UHS-II SD cards for Sony a7C mirrorless camera based on the speed and price, just get the one you like!

Don’t own the Sony a7C yet? Just get it at Amazon, B&H, Adorama.